Your home's windows often provide thieves and intruders a convenient means of entering and exiting the home, as a thief can use a pry bar to easily force open a window with poor-quality locks. A rock, brick, or other item you have in your yard can also become a makeshift tool for breaking a window and getting into the home, so that an intruder doesn't even need to bring their own tools! Entering through a back window, versus kicking in a front door, keeps a thief out of the sight of most of your neighbours, so that they don't know to alert police. Since windows can make your home so vulnerable, note a few ways to increase their security and reduce the risk of a break-in through your home's windows.

If you don't like the look of security bars outside your windows, have grilles installed in the glass; these are bars made of wood or metal that are set inside one large window pane, to create several smaller panes. Grilles are very decorative and often added to very large panes of glass to break up the look of plain glass; they're commonly used for French doors, as an example. These grilles reduce the risk of someone being able to shatter the glass, as smaller sections of glass are stronger and more durable than large, single panes. You could also look into security screens.

If your home has security cameras, note the area they cover. Many homeowners have these cameras aimed toward the entryway doors, but forget to include the home's windows in that view! Widen the security zones of cameras you have, as thieves can often note the area that cameras cover, and may realize that the windows are out of their view.

Covering the windows with film can obscure the view to the inside, so that a thief doesn't know if the home is occupied or if there are obstructions in the way of the window. Thick security film can also make a window tougher and stronger, so that it's harder to break with a rock or other item. Covering the windows with this type of film is a good choice if you don't have the budget to replace the window glass with plexiglass or another type of material that is tougher than standard window glass, and many films can even be applied by the homeowner, making them very affordable and convenient. 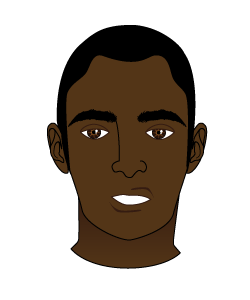